Located at Blackmore Millennium Park, 166 Nine Ashes Road, CM4 0QR right at the heart of the community is Blackmore Village Hall and Blackmore Sports & Social Club. This amenity, the envy of many other villages, boasts excellent recreational facilities. These include rugby, football and cricket pitches with changing rooms but also a state of the art flood lit tennis court and a 3G Astroturf Multi Use Games Area with 5 aside goals. This indeed was the birth place of Blackmore Athletic Football Club.

It was back in 2015 that driven local resident Malcolm Hurford had a vision to utilize this facility. He felt age is only a number and too many had hung up their boots too early, and the answer for veterans was Walking Football as a way of carrying on playing the beautiful game and to also boost one’s fitness and social life at the excellent on site Sports and Social Club.

Over the years our well run club have not only participated in ad hoc domestic tournaments but also oversees outings, some informal and more recently formal.

As featured in the local press senior player Danny Spencer was quoted as follows:

“After lockdown and easing of travel restrictions, the time was right to enter us into a more formal tournament given the quality and enthusiasm of locals who play on Monday evenings.

We entered to play in the prestigious Mallorca Walking Football Tournament held on 22nd, 23rd and 24th October 2021 and didn’t realise how well organised it was, and how seriously it was taken by some of the best Walking Football teams, not only from the UK but across Europe too.

We played big city teams full of ex professionals and internationals from Sweden, Holland, Belgium, France, Czech Republic, Bolton Wanderers FC and Nottingham Forest FC etc. We more than held our own with all 3 of our sides in the 50’s, 60’s and 70’s age categories reaching the quarter finals, despite having to play up to 10 matches on one day.

When we arrived no one had heard of our little village, but Blackmore and Brentwood have well and truly been put on the map.

It was not only a privilege but a pleasure for us to represent Blackmore and I would like to thank all the guys who played, not forgetting those who came to support.

There are not many other villages of our size in England that could take a party of 30 away, have a great time at our stage of life, reach the quarter finals and make so many new friends. Hopefully, our quarter final trophy will be the first of many.”

Given the success of this tournament we intend to participate in several other overseas tournaments including Mallorca once again in May 2022 and Algarve in October 2022.

In addition, we’ve signed up to the Essex Walking Football League entering two teams one for over 50’s and the other for over 60’s.

Given our busy schedule, we have vacancies for additional players in both age brackets and would welcome enquiries from interested parties by emailing us on info@blackmorewalkingfootball.com or completing the form below.

The rules to walking football can be found at the footer of this website in a downloadable PDF. 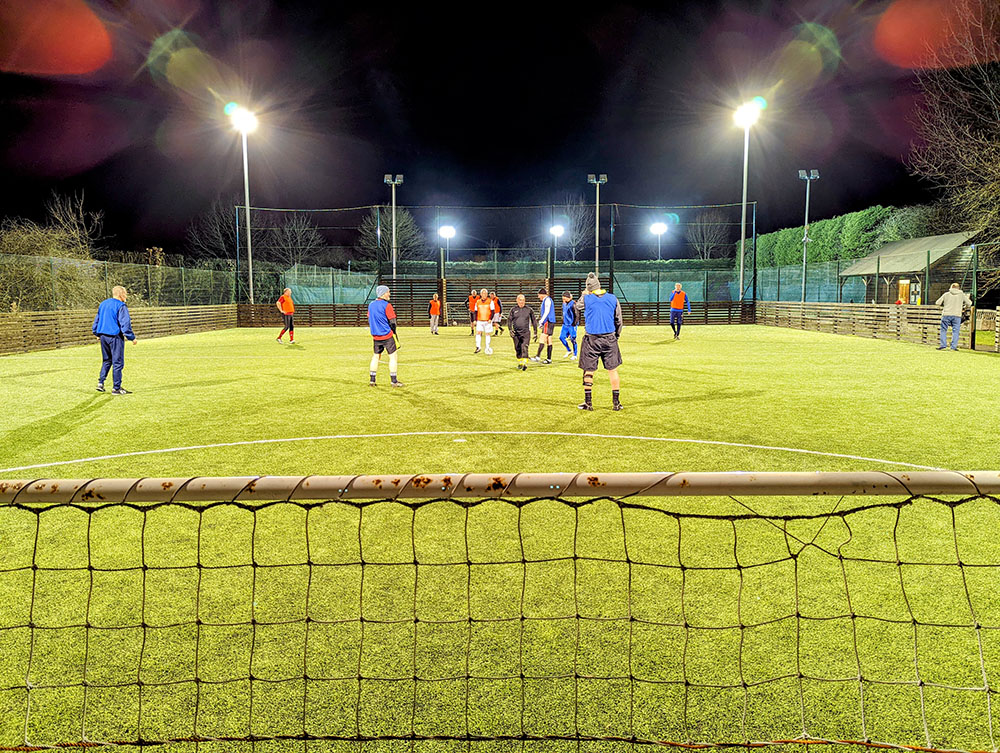 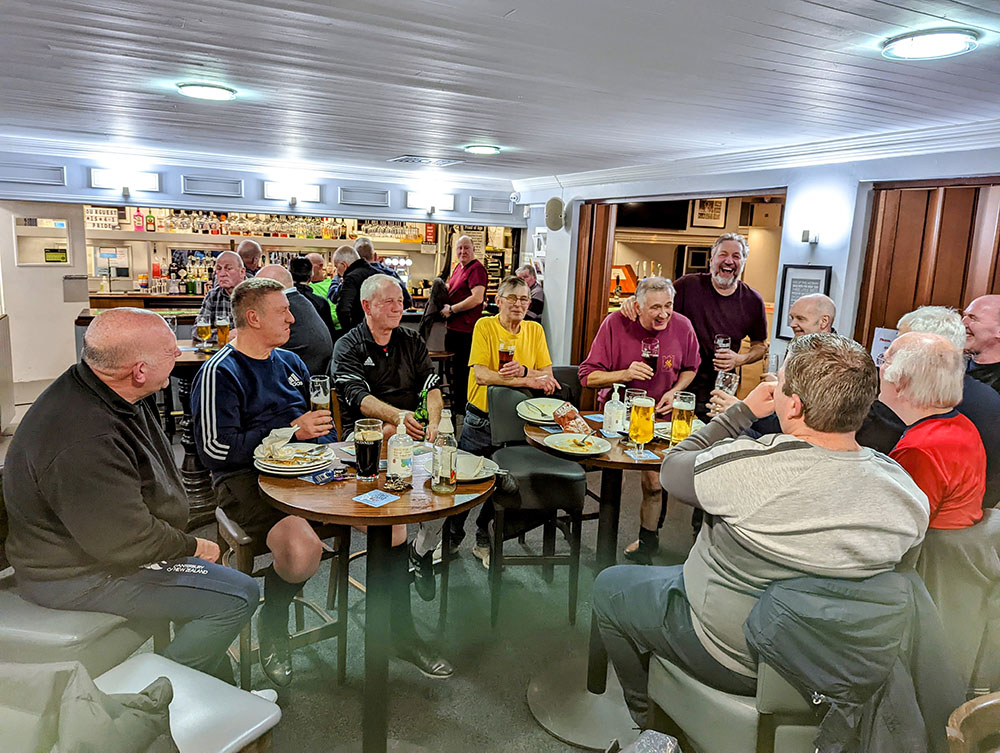 One of the two bars in the Sports & Social Club 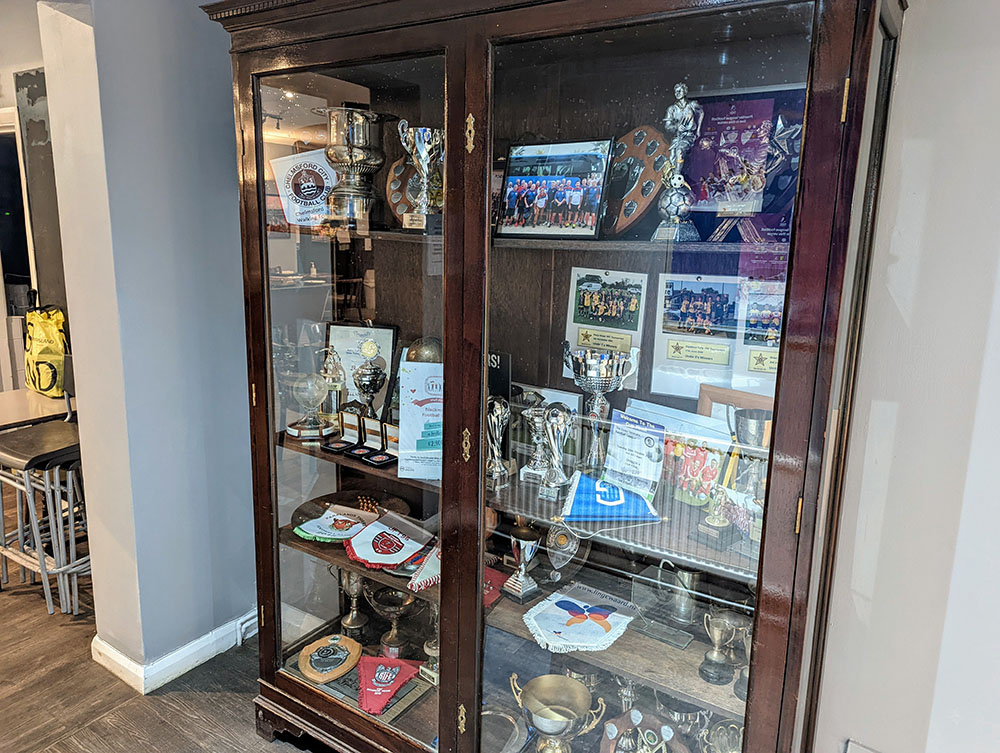 The trophy cabinet in the Sports & Social Club

"If you loved your football and think you're now past it - think again, it's a new lease of life and good fun along the way."

See how our teams are doing in the Essex Walking Football League by clicking the buttons below. 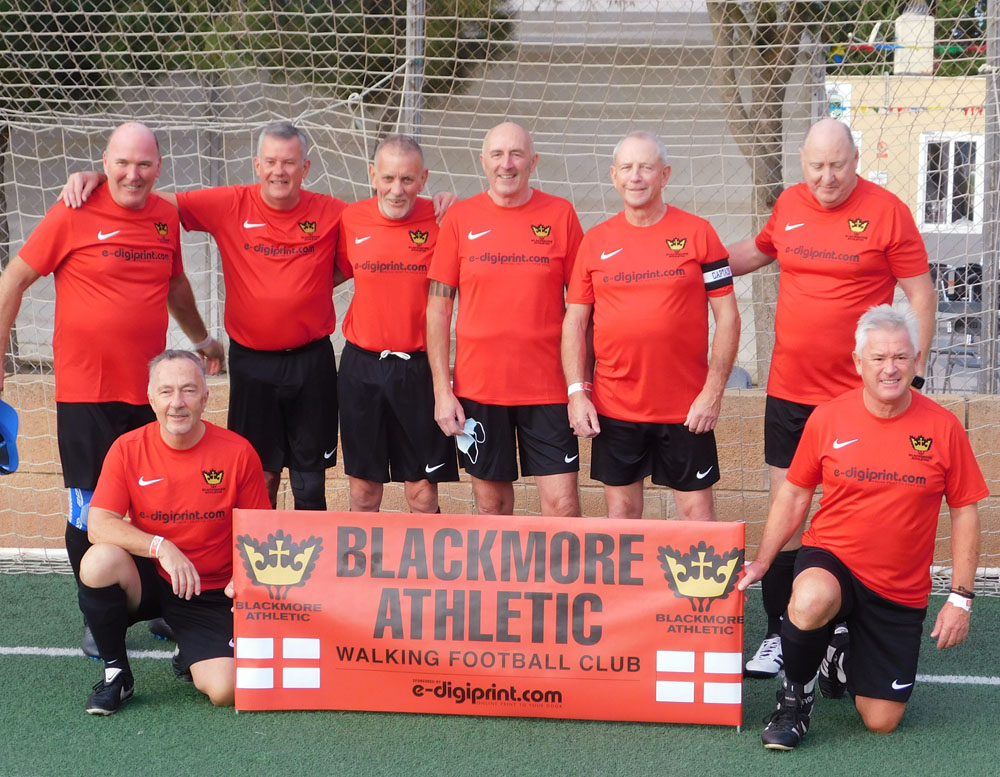 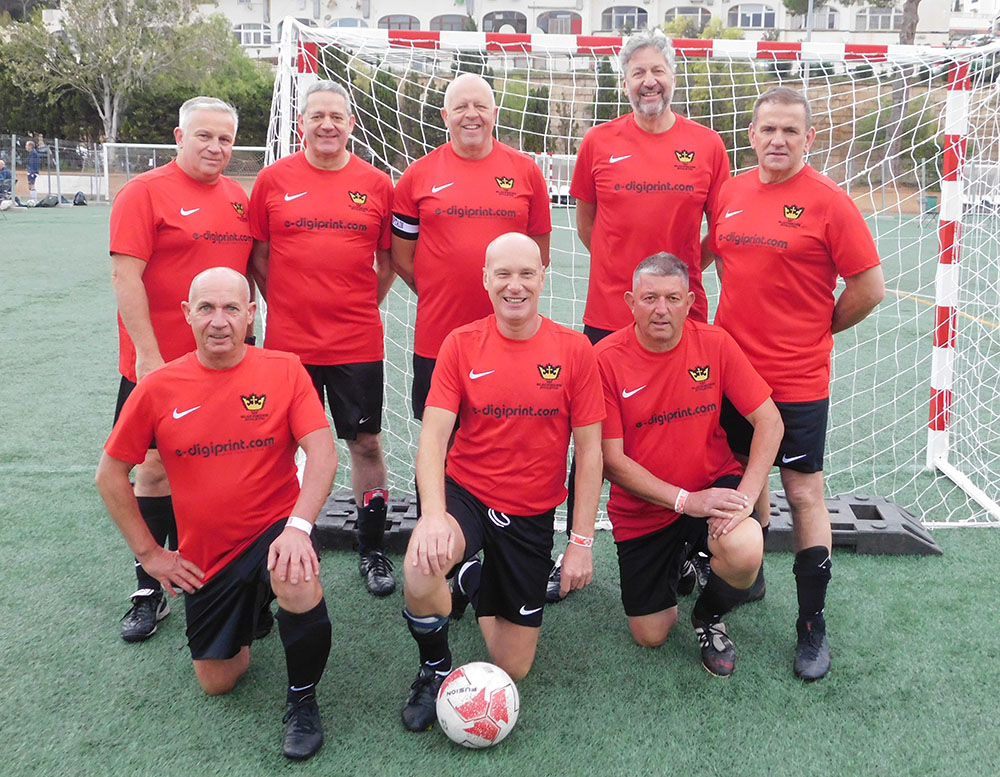 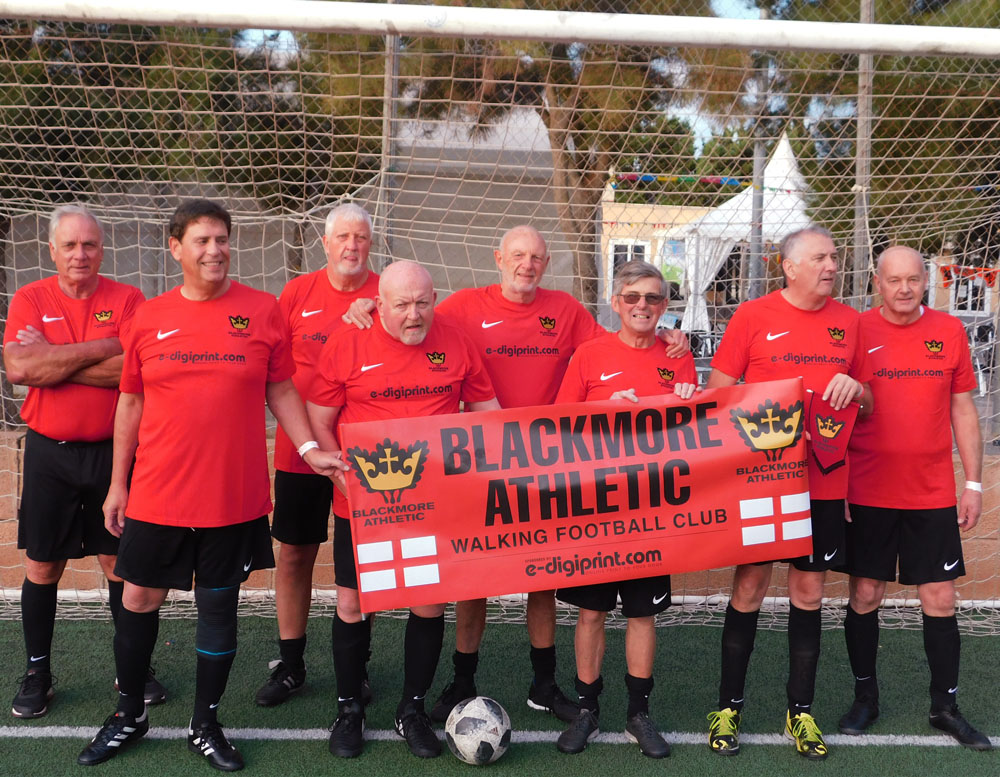 The EWFL is a not-for-profit community-based organisation and is dependent upon donations from our clubs and other sources of revenue to be able to pay for our administrative expenses, tournaments and events. Our Officers and Committee members are volunteers and they give up their time freely.

The EWFL believes that Walking Football is a social and recreational sport.

Their aims and objectives are:

See how our teams are doing in the Essex Walking Football League by clicking the buttons below. 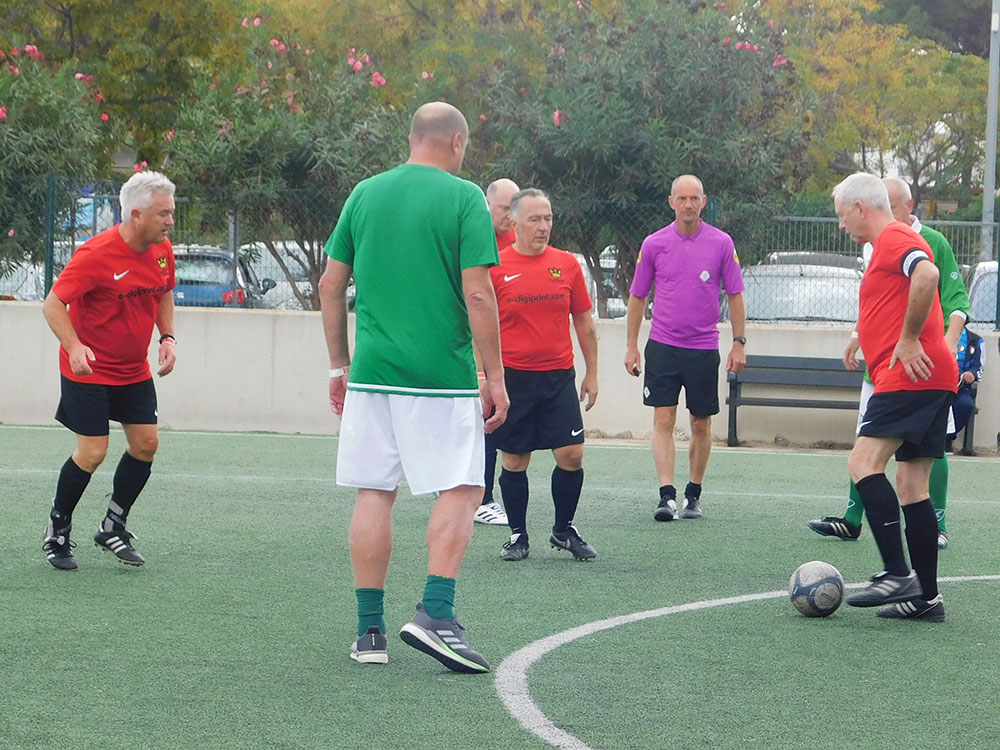 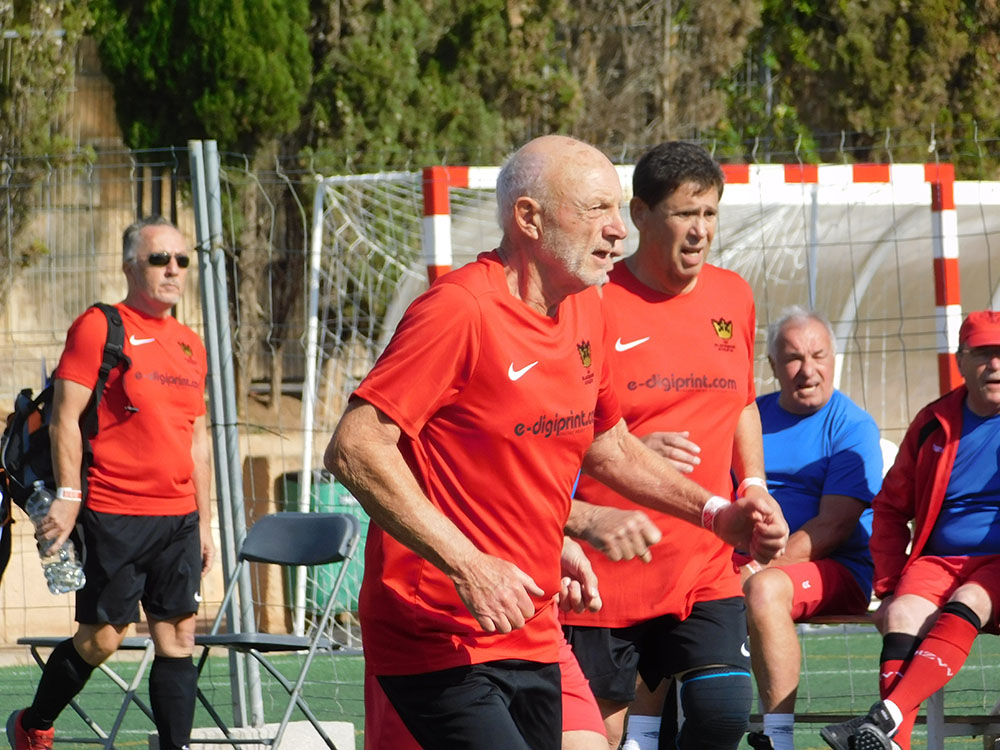 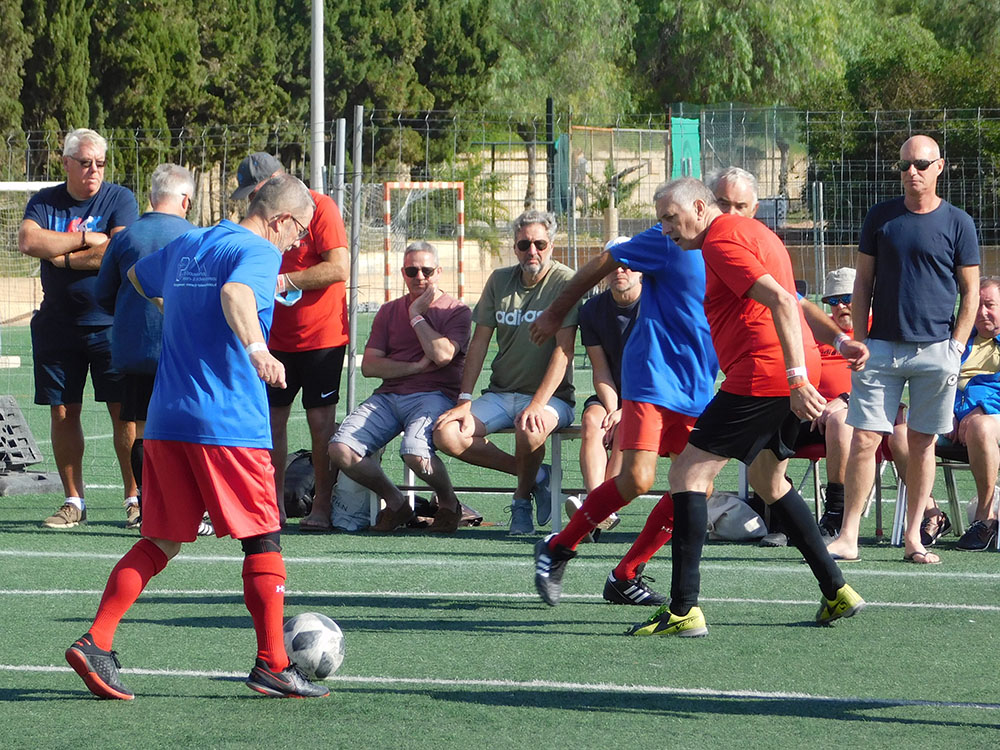 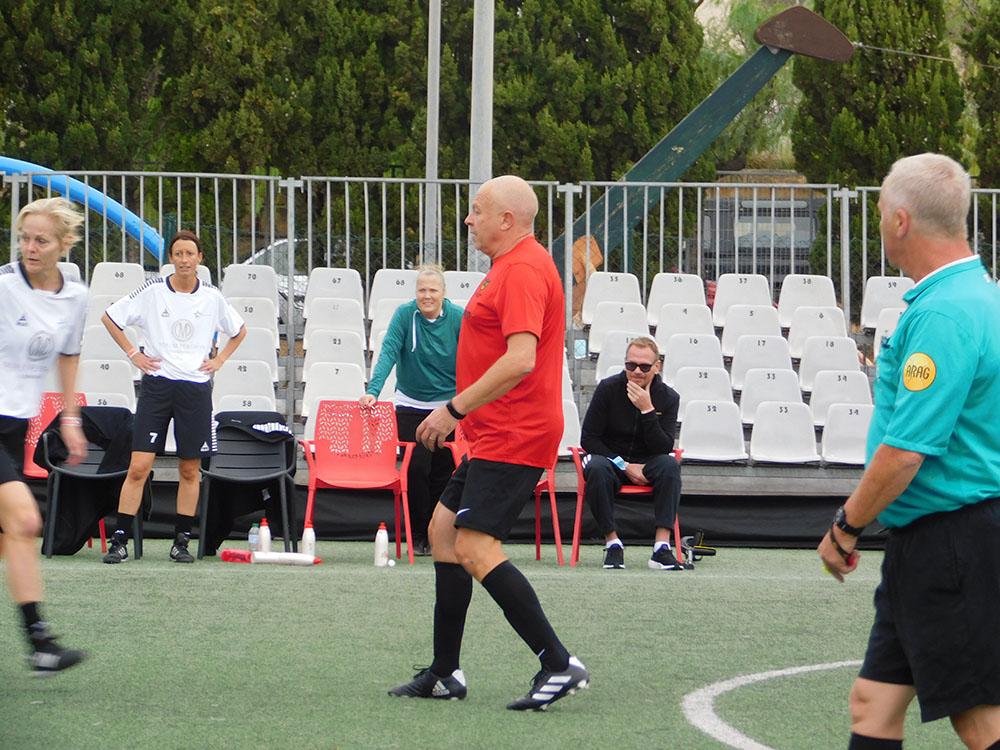 e-digiprint are an online print and web design company based in Maldon, Essex

If you would like to join our team or contact us for any other reason, use the form below or email us on info@blackmorewalkingfootball.com

A single goal by Danny Spencer and two great saves